Music is hugely important at numerous Royal events, and George Frederic Handel is one of the most famous composers to have ever worked in Great Britain, creating music for Kings and Queens. The German followed George I over to London, and proceeded to create some of the most well-known pieces of music in history… 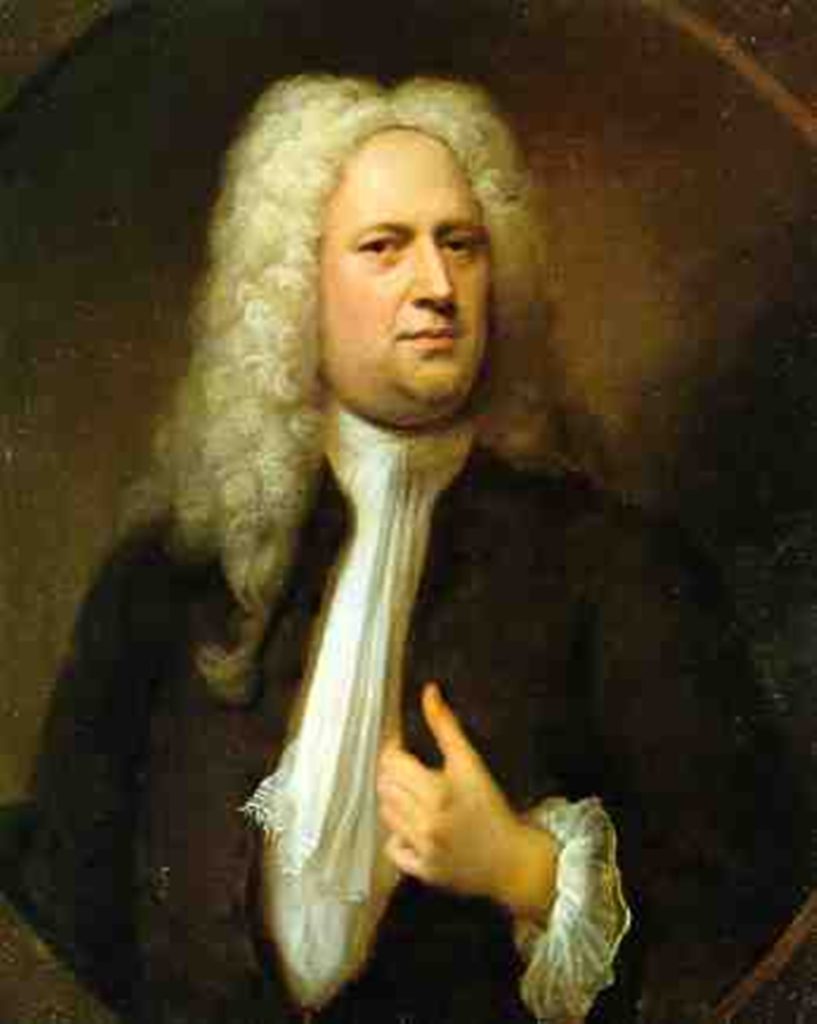 Kristan Biggs is a German and Music student at the University of Birmingham.

The pomp and splendour of a Royal wedding or coronation gets those of us within the music world very excited. There is a large repertoire of British Music spanning several centuries available for such occasions, befitting the most regal event, praise to God or profession of love between a couple, and some of it is the most beautiful music ever produced.

Music plays a large role in such Royal events and fitting pieces are carefully selected to suit the occasion. Arguably the most notable and well-know of these pieces is George Frederic Handel’s ‘Zadock The Priest’ which was composed for the coronation of King George II. It has been performed at the coronation of every British Monarch since. However, the British music scene that Handel was part of has so much more to offer than just this one piece that both Royalists and music fans alike may or may not be aware of. Many of these pieces were written for a Royal occasion and each piece composed has a different story to tell…

Originally born in Germany in 1685, Baroque composer George Frederic Handel moved to London in 1712 at the age of 27, after falling in love with Britain. He was created the ‘Kappellmeister’ (person in charge of music making) to Hanoverian Prince George in 1710, before he succeeded to the British throne as George I of Great Britain and Ireland (1714-1727). Having worked for members of the aristocracy creating music for them, Handel composed ‘Utrecht Te Deum and Jubilate’ for Queen Anne to celebrate the Treat of Utrecht, and subsequently received £200 per year from the Royal purse.

By 1723, Handel had been appointed as Composer of Music for the Chapel Royal, and was also expected to teach music to the Princesses of the Royal Family. The Schism Act of 1714, however, prohibited foreigners teaching without a licence from a bishop. As such, George I made Handel a naturalised British subject in 1727 shortly before his death, which essentially granted Handel British citizenship in a time before passports and citizenship tests, such was the affection for his skills in the Royal Household.

Handel brought over his training and experience of late Italian Baroque music and German choral tradition, influencing the British music scene. One of his first commissions as a British subject was to compose the music for George II’s coronation on 22nd October 1727.

‘Zadock The Priest’ was just one of four coronation anthems that were composed; the other three being ‘Let Thy Hand Be Strengthened’, ‘The King Shall Rejoice’ and ‘My Heart Is Inditing’. Although these pieces often accompany the proceedings at coronations, it is only ‘Zadock’ that has endured in its popularity, being performed at every coronation since, usually during the anointing. However, this quartet of songs are still admired by many groups across the UK and internationally: many orchestras and choirs often choose to devote a concert, or at least a half, to Handel’s Coronation Anthems, such is their influence.

The ‘Naturalised Englishman’ didn’t just write for coronations, though, and in fact, started off his career for the King in more ordinary circumstances. In 1717, Handel was commissioned by newly crowned George I to write music for a concert to be held on the River Thames. Thus, Handel’s ‘Water Music’ was created to help bring the occasion to life. It was composed for a relatively large orchestra, since the sound needed to carry when performed outdoors. At the first performance in front of the King in July 1717, Handel himself sailed on a barge up the Thames with His Majesty, while another carrying some 50 musicians accompanied them. The King was besotted by Handel’s music and ordered that the suites be played twice more on the return journey to Whitehall.

In 1749, later in the second Georgian’s reign, Handel was commissioned by George II to write an instrumental suite for the Royal fireworks in Hyde Park, London. They were to celebrate the signing of the peace of Aix-la-Chapelle, which concluded the War of the Austrian Succession on 18th October, 1748. The ‘Music for the Royal Fireworks’ suite was considered a huge success with over 12,000 people turning up to the final rehearsal – causing a 3-hour traffic jam of carriages in London! Despite the success of the music, the same couldn’t be said for the event itself: in true British style in front of the King, the weather declined into a rain storm. This was followed by a disaster with the fireworks where one of the wooden pavilions, erected to view the show, caught fire.

The works of Handel have had a profound effect on both the British music and Western classical music world. Even today his pieces are still widely performed and are still often chosen to accompany, or provide background for Royal events.

As well as the listed pieces, Handel wrote a plethora of beautiful music, notable examples being the Hallelujah Chorus from his oratorio, ‘Messiah’ which was first performed in Dublin in 1742. It was in the year after during its first premier in London that the tradition of standing for the Hallelujah Chorus was founded. George II felt compelled by the beauty of the music that he rose to his feet and the rest of the audience followed suit. This is a strong tradition even today that is mimicked at many performances by the audience.

Almost blind, and having lived in England for nearly fifty years, Handel died in 1759 at his London home in Brook Street, Mayfair. Such was the people’s respect – and that of the Royal Family – for the composer, that he was given a state funeral with full honours, being buried alongside Monarchs at Westminster Abbey. His life is commemorated with a sculpture in Poet’s Corner.

If you haven’t listened to some of these pieces before then they are highly recommended; the pieces mentioned above are a good start. Take an hour or two to sit back and relax to Handel’s beautiful compositions while delving into and imagining the wealth of British history that accompanies it.

Coronation anthems – including Zadock the Priest

Handel’s Music for the Royal Fireworks

Hallelujah Chorus from Messiah – note the audience rising to their feet!