The Duchess of Cornwall visited the training centre of Medical Detection Dogs in Milton Keynes, yesterday. Camilla was there to witness the dogs who are being trained to detect COVID-19 first-hand. 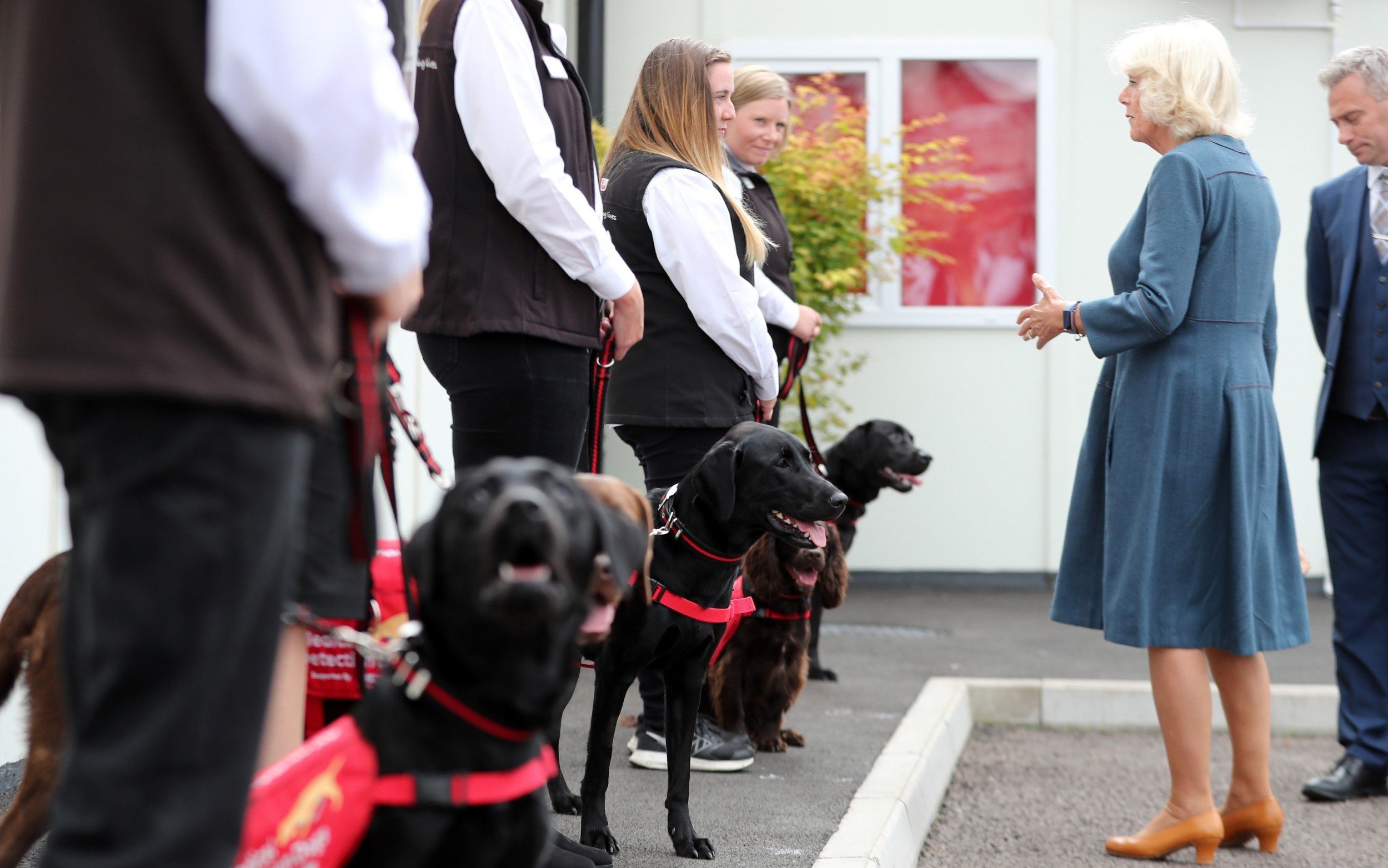 Camilla meets dogs and their handlers in Milton Keynes; Medical Detection Dogs is one of her patronages (@ClarenceHouse)

Her Royal Highness also watched a second demonstration involving passive screening. This test could have the potential to be carried out by dogs operating in public places, such as airports. If successful, the trained dogs could be deployed to airports across the UK in as soon as six months, with up to 250 people being screened per hour.

Camilla went on to greet staff and clients, in a socially distanced environment. She has also been the first royal to wear a visor during an engagement; she has previously been seen with a mask.

The Royal is a keen dog fan, and recently posed with her own dogs to mark her 15th wedding anniversary. She has been Patron of Medical Detection Dogs since February 2014; the organisation trains dogs to detect the odour of human disease, with the goal of improving diagnosis and saving lives. The specialist dogs live with individuals with complex health conditions such as Type 1 diabetes. The dogs detect any changes in their odour and alert them to the future events.

Canines are also used to detect the odour of illness and disease in samples, like cancer.

The visit took place after the training centre was officially opened by The Duchess of Cornwall in February last year.