The Duchess of Cornwall has had her first visit to the 1st Battalion, the Rifles, after her new appointment as Colonel-in-Chief.

To honour their new Colonel-in-Chief, buglers gave Camilla a performance of a new song penned by their musicians, entitled ‘The Duchess’. This is the first of a number of engagements for the Royal Family this week, as the royal diary adapts the way engagement works – namely making them unannounced so crowds do not gather. 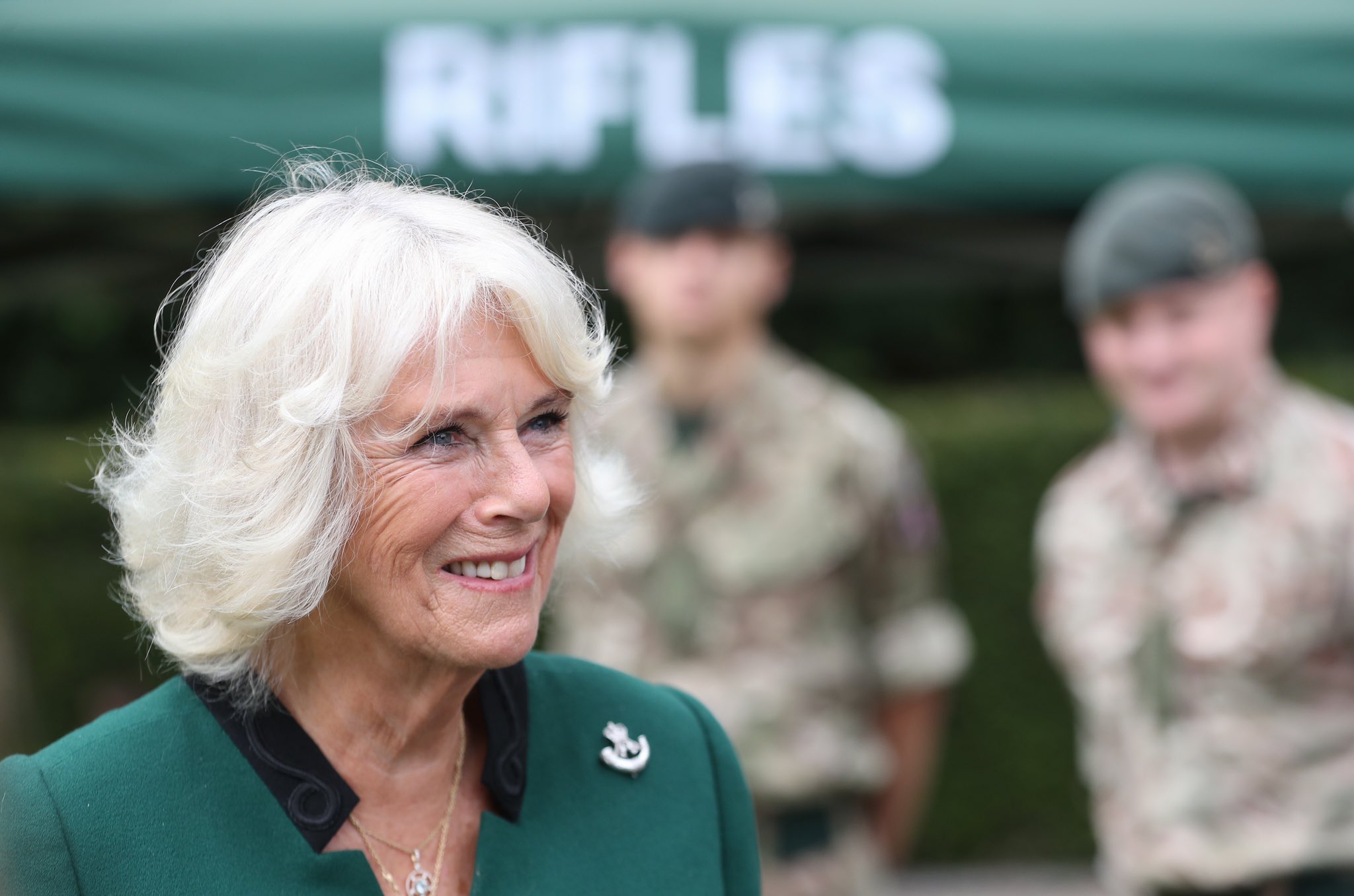 Camilla took over the colonelship in July from Prince Philip (@ClarenceHouse)

Camilla took over the role from The Duke of Edinburgh in July, in a virtual ceremony split between Windsor and Highgrove, and today headed to Beachley Barracks in Chepstow.

This is the second Rifles’ regiment she has connections to; in 2007, just two years into her royal role, Camilla was appointed Royal Colonel of 4th Battalion, The Rifles.

The Duchess wore the same green dress for the occasion as seen back in July, which features the Rifles’ badge on the buttons. She also wore her regimental pin. 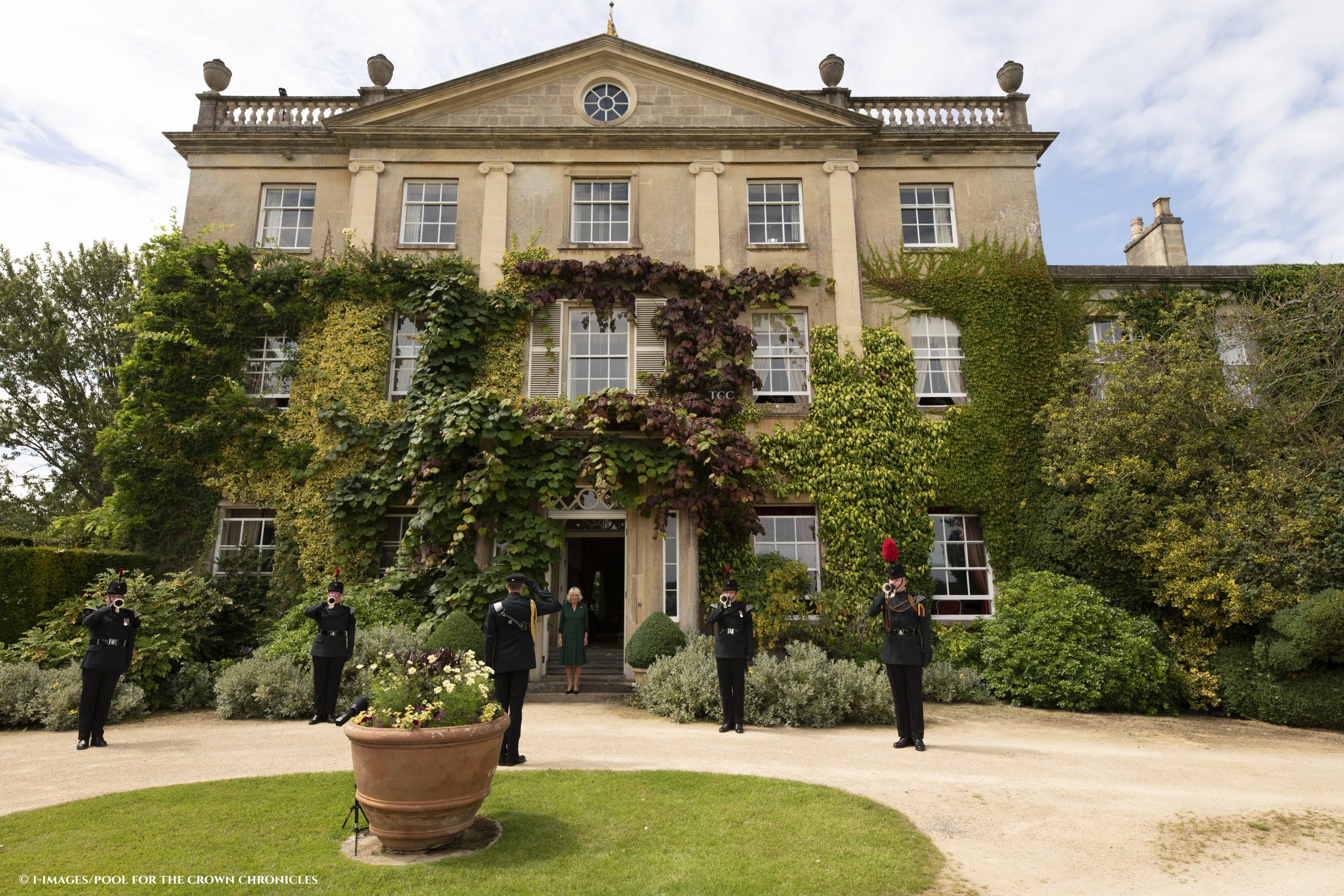 The Duchess of Cornwall, becomes the Colonel-in-Chief of The Rifles at Highgrove House after a ceremony, begun at Windsor Castle with The Duke of Edinburgh, continued in Gloucestershire.

The Royal chatted to soldiers, meeting Riflemen who have recently completed their initial training course in Catterick, and are now undertaking further training  before they join their Battalions. It was Camilla’s job to present The Rifles Coin – from a distance – to the best Rifleman from the overall training course.

HRH was shown some of the equipment that they have been using during their training and heard more about their experiences and careers within the army. 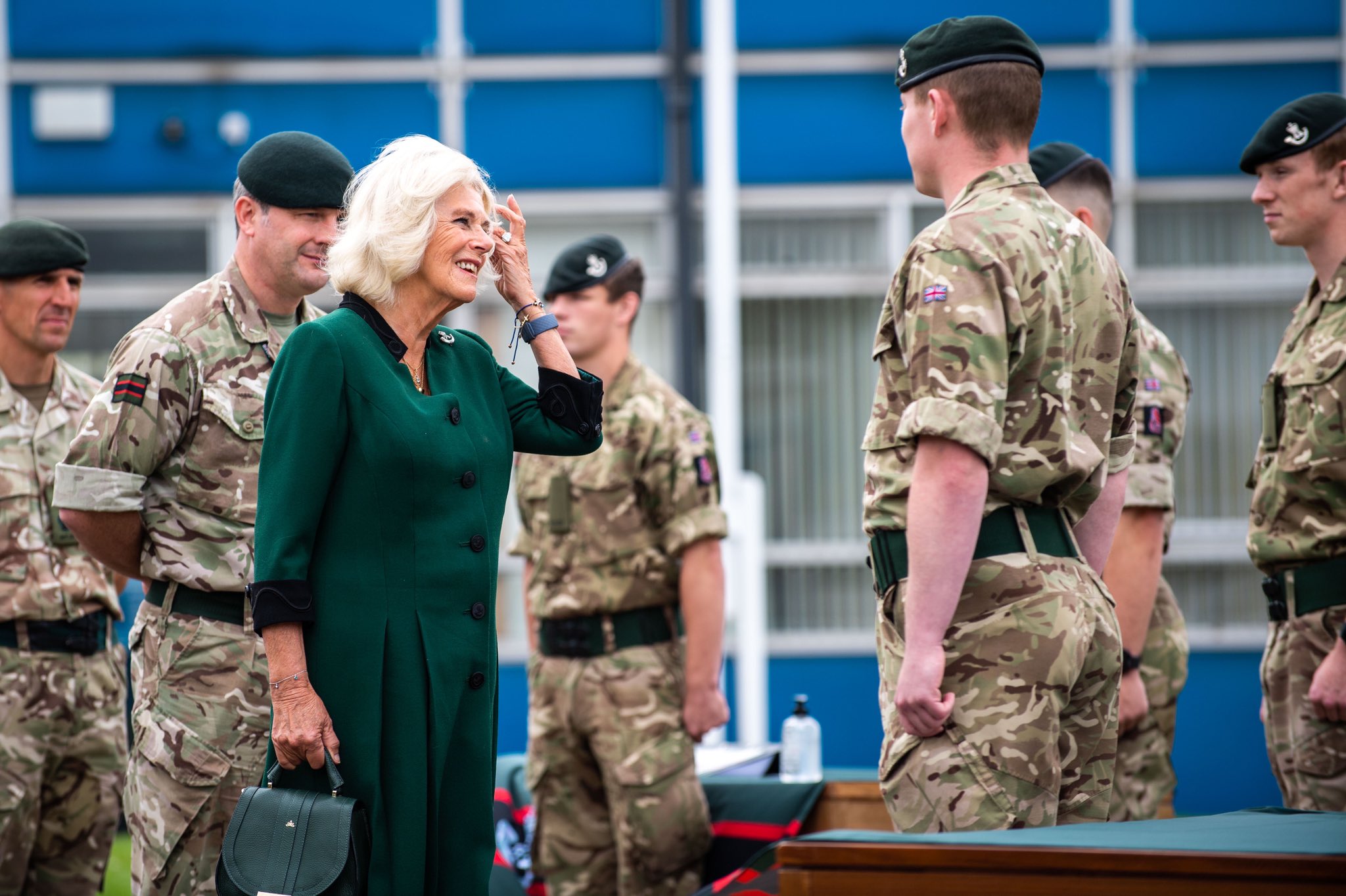 The final part of the visit saw Camilla join a small reception (outside), meet Riflemen and their families. Some of the soldiers she spoke to had been deployed throughout Wales in support of the Welsh NHS, and other communities during lockdown.

Prince Philip had been the battalion’s colonel since 2007, but he has associations with the regiments spanning seven decades. The Duke of Edinburgh was connected to successive Regiments, which now make up The Rifles, since 1953. The Rifles are now the largest infantry regiment in the British Army. 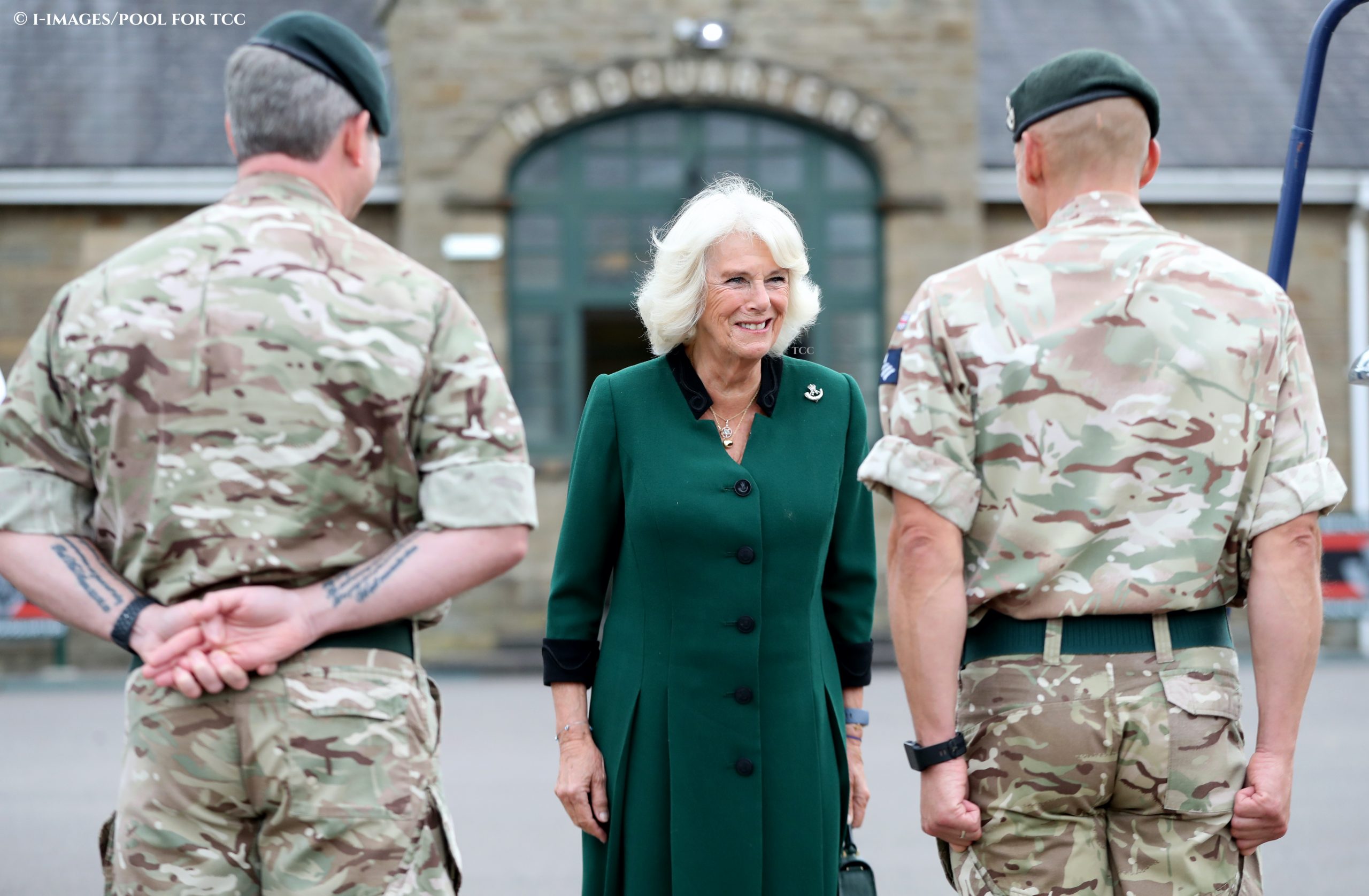 Camilla, The Duchess of Cornwall at The 1st Battalion, The Rifles, at Beachley Barracks in Chepstow. It was Camilla’s first visit to the battalion since her appointment as Colonel in Chief