Tom Parker-Bowles interview: ‘my mother was good cop’ and Charles ‘will make a fantastic king’

The Duchess of Cornwall’s son, Tom Parker-Bowles has given an interview to 9 News Australia, and has spoken candidly about his life, his mother, Camilla, and being the step-son of The Prince of Wales.

Tom is a food writer, critic and chef, having five successful cookbooks published too; he is currently a judge on Australian show ‘The Hot Plate’, having previously judged on ITV’s ‘Food Glorious Food’. In the interview, he said that his mother was never worried about school, and was always the good cop; he also praised Prince Charles and said he would make a fantastic King.

Tom was questioned about his childhood, and revealed the now-Duchess of Cornwall was more of a friend to her children: “When I was getting a telling off for a bad report or something like that, my mother would be in the window behind my dad making faces,” Mr Parker-Bowles, 40, revealed.

Andrew Parker-Bowles, Tom’s father, was an officer in the Army, and took on the disciplinarian role.

“I’d be in the drawing room my father literally giving me the third degree saying ‘I’ve spent all this money on you, these bloody schools cost a fortune’, you know, and the mother-father dynamic – you need the good cop and you need the bad cop, and she was definitely the good cop. But it wasn’t a conscious good cop, she just cared we were happy and she was happy that my father had the role of having to be the disciplinarian.”

The interviewer, of 9 News, said: “she sounds like great fun,” to which Tom replied:

“She was always great fun, she still is great fun, she never worried.. you know my grandmother was the same: ‘Oh school, darling don’t worry, I was rubbish at school, who cares?'”

Speaking of his mother and stepfather, he talked of their happiness, and what he thinks of Prince Charles.

“All you care about your parents is they’re happy and my mother is exceptionally happy at the moment. I’ve always adored my stepfather; he’s always been a kind and good and lovely man, and I don’t give a crap what anyone in the press says. I couldn’t care less: he is a man of warmth, intelligence and humanity and I think if it ever happens, he will make a fantastic King.”

“He makes my mother happy and my mother makes him happy, so that’s the main thing.”

Prince Charles married Camilla Parker-Bowles on 9th April 2005, at Windsor Guildhall, which Tom and Laura, and Prince William and Harry attended. The Queen and Duke of Edinburgh attended the church blessing after the civil ceremony.

As a teenager, when details of Prince Charles’ affair with Camilla were revealed in the press, Tom and his sister, Laura, were also followed by photographers. 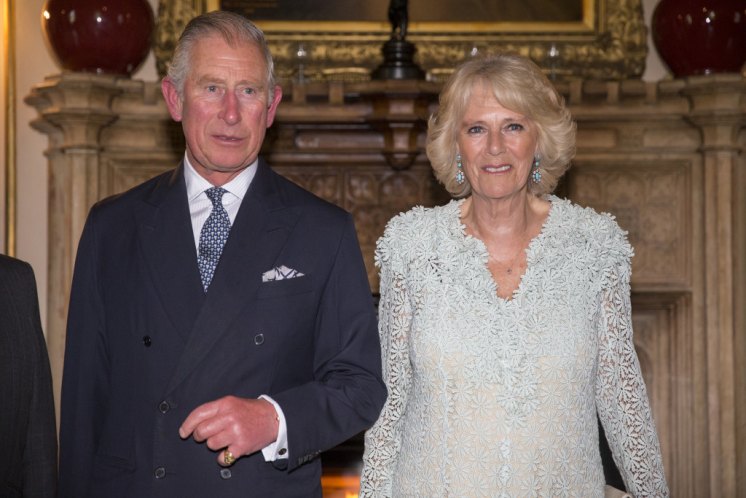 “When it first started [revelations of Charles and Camilla’s affair] we thought it was entirely normal growing up to have 5 or 6 paparazzi hanging round. We used to have a house in Wiltshire; there’d be fields but there was a public footpath that the paparazzi knew they could go on.

“We’d get a pair of binoculars and say, ‘look mummy, there’s five today’. It was entirely normal to be chased at high speed by these people on motorbikes or cars,” Tom revealed.

Tom is a successful food writer and critic

He spoke of his anger at the press and paps: “They’re bullies half these people…when you’re coming out of an airport and they’re really winding you up, all I wanted to do is smack them in the face and beat the hell out of them.”

Tom went on to discuss his drug habit of his youth, for which he was on the front pages of the newspapers:

“I didn’t help myself getting into all sorts of trouble, nothing serious, mucking around, just dabbling in stuff and you know not being clever with whatever I was caught with. It was totally my fault, I knew full well that with the name that I have I shouldn’t go round places getting off my head.”

The interviewer asked if Tom and his sister were ever coached following the marriage of Charles and Camilla, because of their new, official connection to the Royals:

“There was no need to be coached for me or my sister, because we are not part of the Royal Family, because we’re commoners, straight out commoners.

“We knew full well not to embarrass my mother by running down the street naked or shouting down with The Queen – not that we’d ever do that but, you know. It was plain common sense, and I certainly learned the hard way through whenever I got into trouble for being caught with grass, or ecstasy, or whatever it was I was always caught with.

“But for us we were never taken aside by a secret specialist wing of the government saying right, like James Bond…she [my mother] became an official part of the Royal Family.”

Speaking of Camilla’s new role as a Royal, Tom is clearly proud of his mother.

“My mother never really worked, except for bringing us up of course, and now, at an age where most people are thinking of retiring, she is suddenly having up to 20 or 30 engagements a day. She’s brilliant at it, she’s always been brilliant with people.

“I couldn’t do that, sake 200 people’s hands every day and smile and keep the same face on and have my pee break scheduled or whatever – I don’t really know if she has her pee breaks scheduled, but do you know what I mean?”

Much of Tom’s life revolves around cooking and food, and he spoke a little of Camilla’s culinary talents.

“She enjoys cooking; she is a very english cook: meat, fish and veg. It was fresh, simple and unembellished.”

We agree Elizabette! The Duchess is a genuine and hard-working lady