The Prince of Wales and The Duchess of Cornwall have carried out their first public engagement since the death of Prince Philip was announced on Friday 9th April. Prince Philip passed away on the couple’s 16th wedding anniversary.

The royal couple visited Marlborough House Gardens, where they both spent time looking at flowers and cards that members of the public had laid outside both Buckingham Palace and St James’s Palace after The Duke of Edinburgh’s death.

Officially, the Royal Family have asked the public to sign a book of condolence or were advised to make a donation to a charity they support to prevent any breach of Covid guidelines.

The pandemic didn’t stop the public from paying their respects in the traditional manner by laying down flowers, with words attached.

The flowers have been collected at the end of each night to prevent a spectacle which might attract a large crowd. Tributes and flowers have been laid outside all royal residences including Sandringham, Windsor Castle and Buckingham Palace.

The Prince of Wales and The Duchess of Cornwall paid a visit to Marlborough House to see the tributes and flowers to The Duke of Edinburgh. (@Clarence House/Twitter) 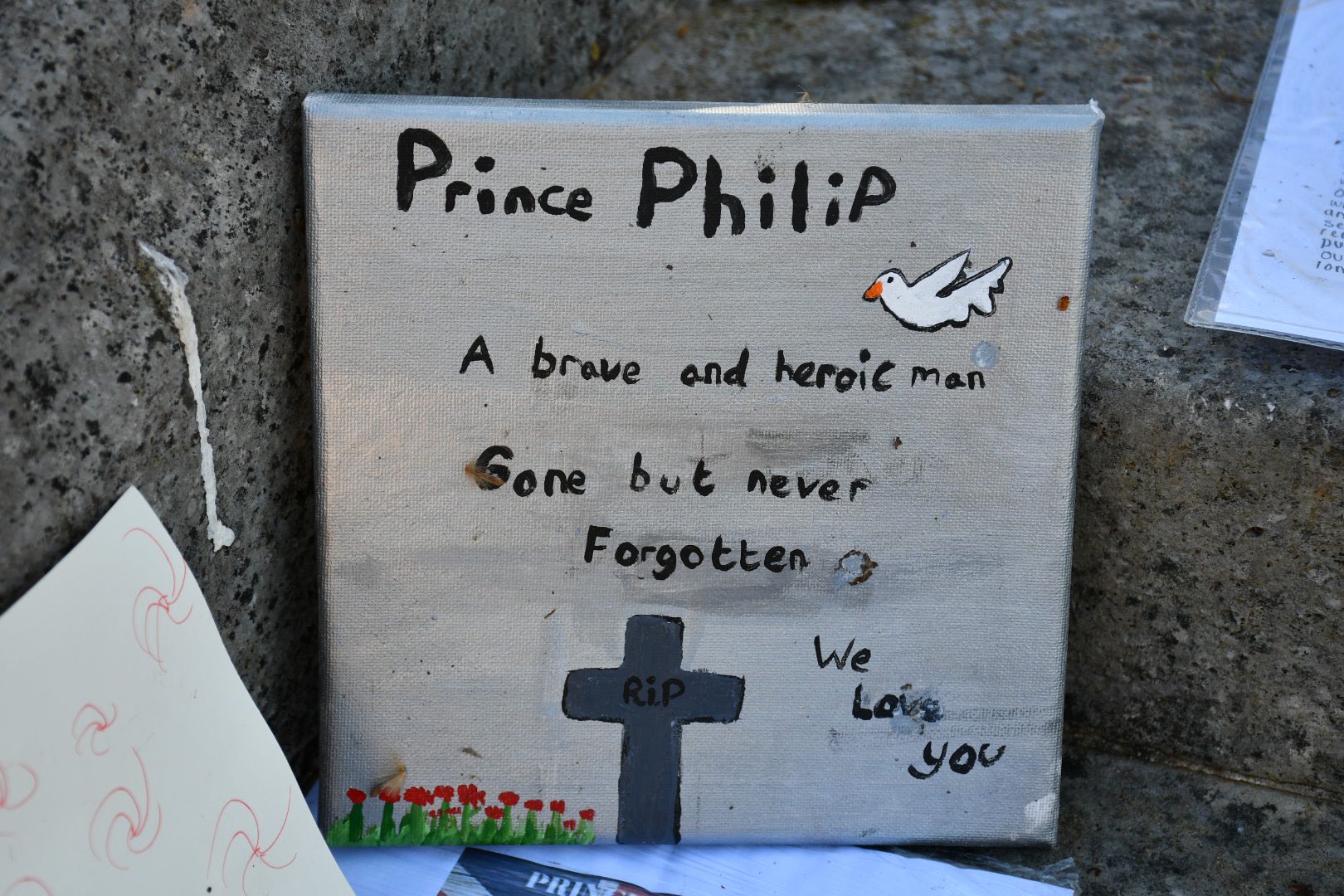 Tributes have been flooding in, highlighting the impact the Duke of Edinburgh have on the nation and the commonwealth. (IMAGE: Clarence House/Twitter). 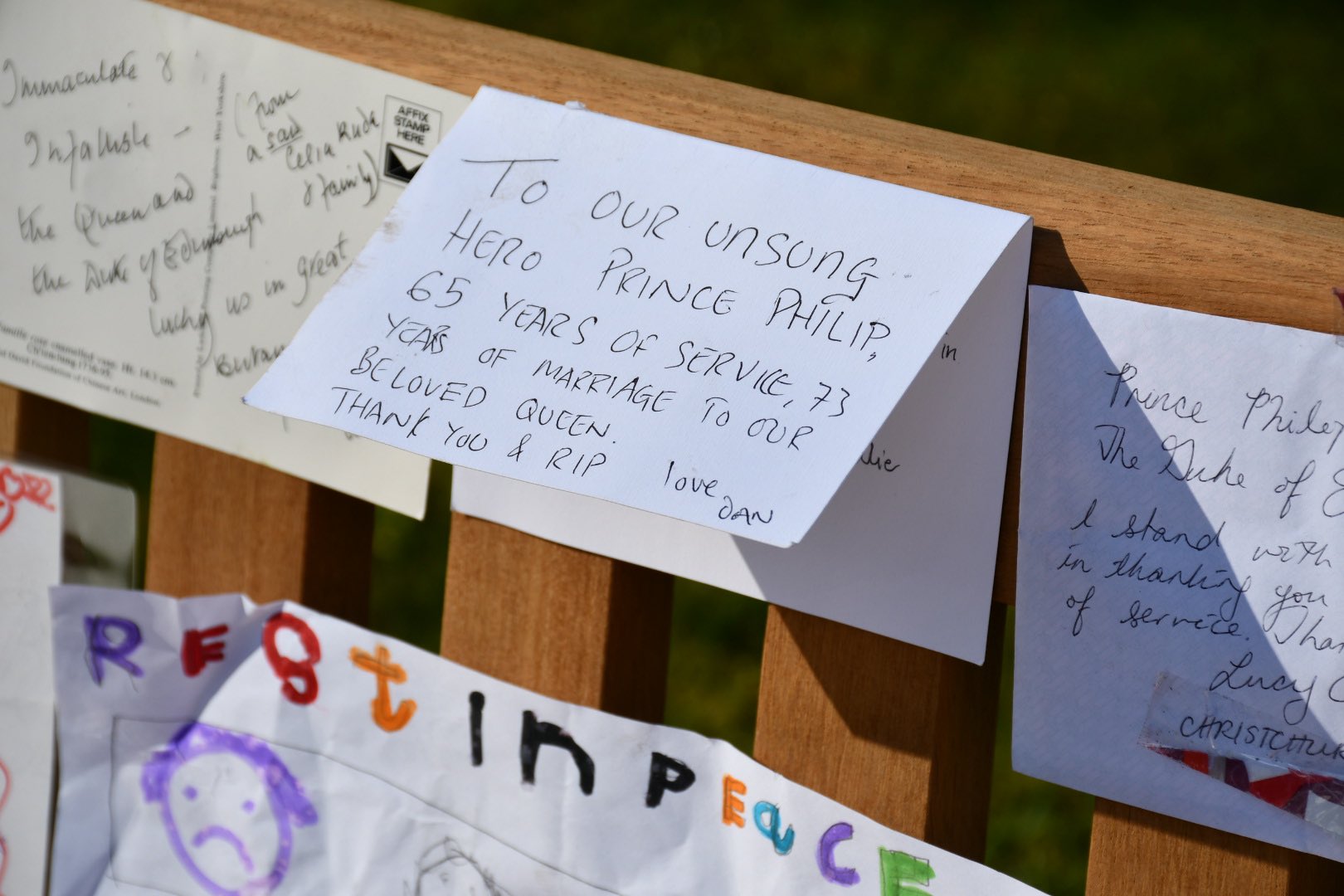 Personal tributes have been placed outside Royal residences on a daily basis. (IMAGE: Clarence House/Twitter).

The couple saw tributes including a model of a Land Rover, similar to the one that will bear Philip’s coffin on Saturday, with the ‘The Duke R.I.P’ on the top of the vehicle.

A tribute was directed to The Queen: ‘Sending our love and condolences on the loss of your beloved Prince Philip, yours always, love Layla, Lis and Neil xxxx’.

Another tribute to the Monarch read: ‘We are so sorry for your profound loss Your Majesty’s “strength and stay” will endure in our hearts always.’

Members of the Royal Family have been issuing tributes to the Duke of Edinburgh since his passing. The Prince of Wales gave a statement for broadcast where Charles highlighted his father’s incredible commitment to The Queen and to the Commonwealth.

The Duke of Cambridge issued a statement where he said his grandfather’s ‘infectious sense of adventure as well as his mischievous sense of humour’ will be missed.

After a service at The Royal Chapel of All Saints on Sunday, Prince Edward thanked the public for the ‘extraordinary tributes and the memories that everybody has had and been willing to share’. Whilst Sophie described his final moments as ‘gentle’ – ‘as if he were taken by the hand’.

Buckingham Palace announced The Duke of Edinburgh’s ceremonial funeral will take place on Saturday 17th April at 3pm in St George’s Chapel. The funeral, in line with government regulations, will be attended by 30 members of the Royal Family, including The Duke of Sussex.