Latest posts
Prince George raises money for animal conservation charity with a cake sale
Prince William and Kate unveil Windrush Monument at Waterloo
Canterbury Cross for The Queen marking 70 years’ service to the Church of England
How Prince William has evolved from reserved young Royal to confident future King
Prince William at 40: the importance of tackling homelessness
Camilla in Vogue: royal life is ‘not easy’, spoiling her grandchildren & her love of Wordle
Duchess of Cambridge hosts her first political roundtable on early years research
Prince William visits the Lionesses ahead of the UEFA Women’s Euro 2022
Charles and Camilla lead Royals on first day of Royal Ascot 2022
Royal Family attends Garter Day 2022 – Camilla’s first as Royal Lady of the Order

The opening started at around 8am, and the ceremony, included several Maltese singers, such as the Animae Gospel Choir, Amber and the Maltese Tenor Joseph Calleja, the students of MCAST and Masqerade Malta. 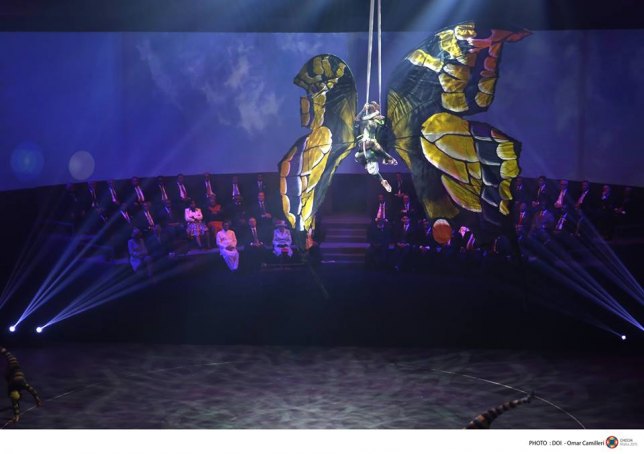 During her speech, The Queen said: “Prince Philip and I first came to live here in Malta in 1949, the year the Commonwealth was founded.

“I have been privileged to witness this transformation and to consider its purpose.”

She also praised the island by saying: “With its long history of resilience and courage in the face of adversity, Malta is a reminder that the nation’s size is no measure of the moral strength of its people.”

The Prime Minister of Malta, Dr. Joseph Muscat said: “The Commonwealth must have an agenda with clear priorities, especially in the fight against radicalisation and the tackling of the migration phenomenon, which can be challenged through education and employment.”

“Terrorists are more scared of well-educated girls and boys who manage to get a good job than they will ever be of any army,” he said.

Baroness Patricia Scotland from the UK was also elected secretary general of the Commonwealth by leaders of the 53-nations.

Charle’s new charity launch was a global extension of his UK’s leading youth charity during a reception in San Anton Palace. 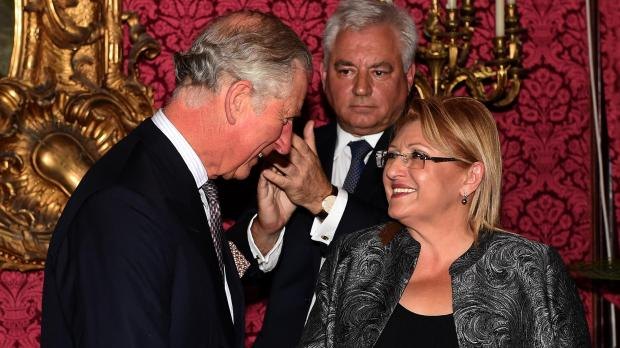 Earlier this year, the President of Malta attended Princes Trust in London, and she said that she was deeply touched about the work that is being done.

Later in the afternoon, The Duchess of Cornwall visited Zejtun Primary school. She was welcomed with flowers and many young children awaited her with the Union flag. She also saw a class where the children read books and sang songs related to ‘Read with me’, a cause Camilla supports.

She was presented with a painting from the pupils before giving the school a bundle of books. “I hope they will enjoy them as much as my grandchildren did,” she said.

The Prince of Wales, meanwhile, visited Birgu and The Maritime Museum. He saw a photographic exhibition and attended a discussion with young people. 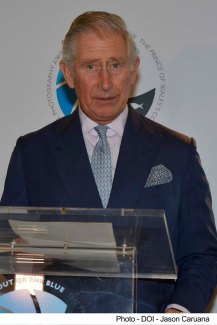 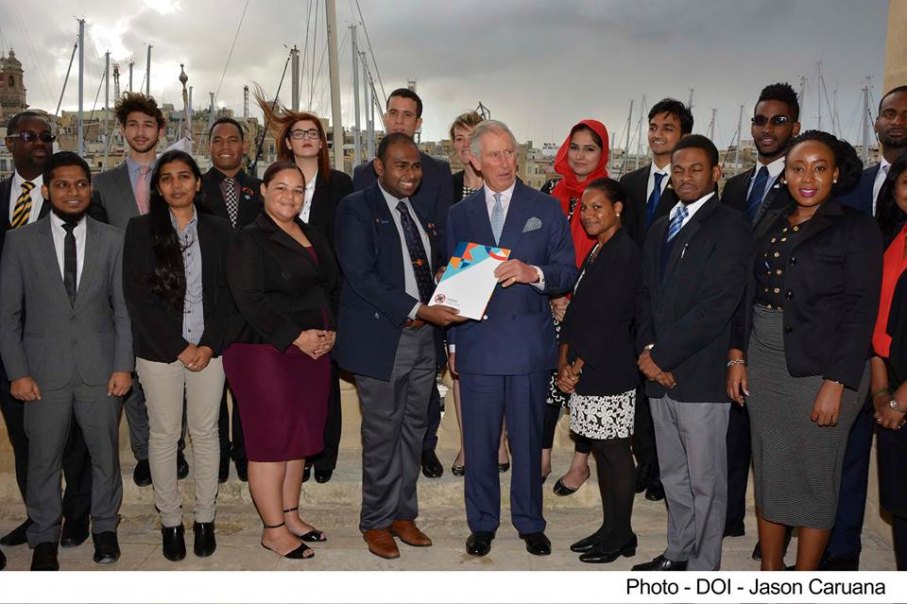 Later on, Prince Charles participated in a discussion on climate change at the Golden Sands Hotel.

In the evening the four Royals attended a Banquet in Corinthia Hotel Attard, to mark the State Visit. 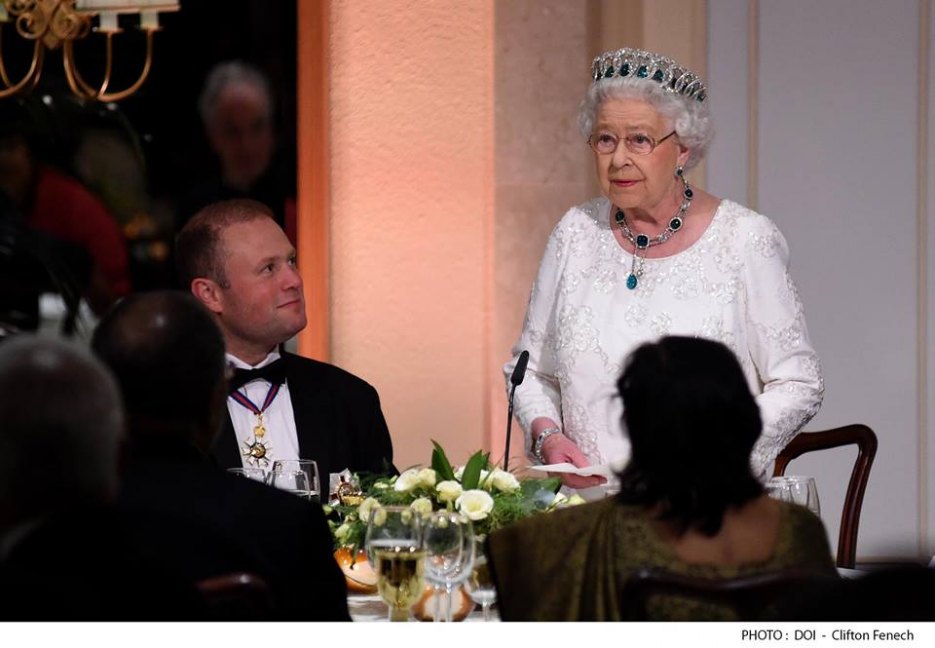 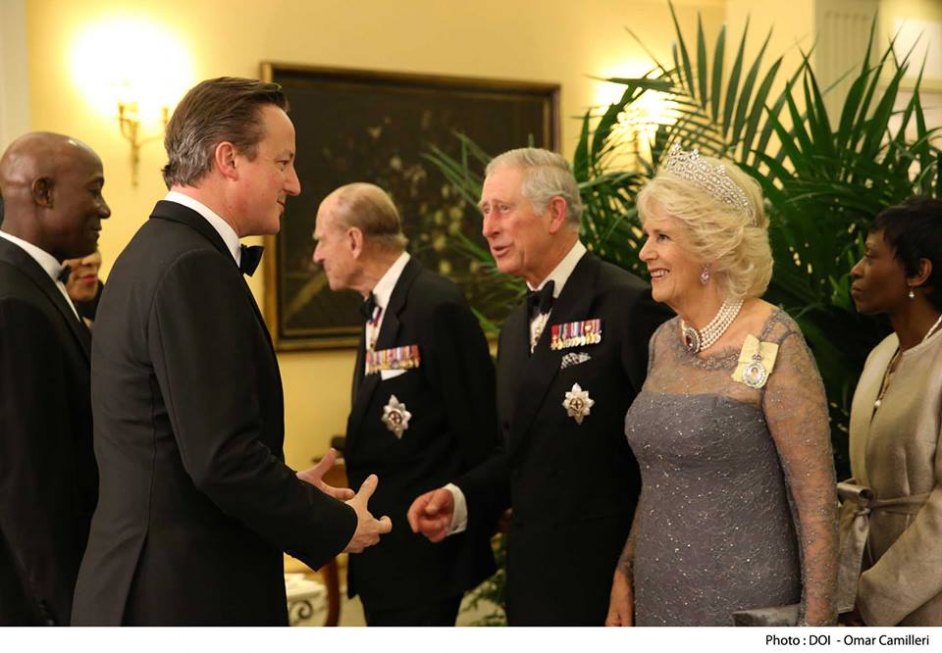 During this Dinner, all the CHOGM Prime Ministers were invited.

The Queen joked with the Canadian Prime Minister that he had ‘made her feel so old’ after he spoke of her historic visits to Canada.

The Queen was wearing a white dress by Angela Kelly, with the Grand Duchess Vladimir tiara hung with emerald drops. The Duchess of Cornwall was wearing a grey lace Bruce Oldfield dress and a Boucheron honeycomb tiara, which once belonged to the Queen Mother.