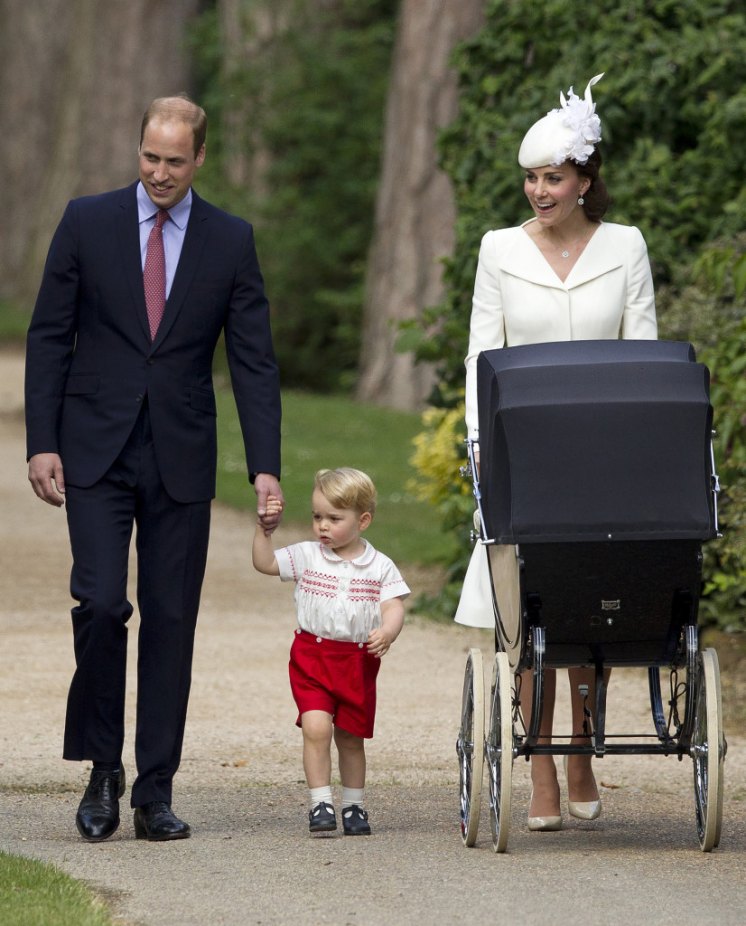 The Christening of Princess Charlotte at The Church of St Mary Magdalene, Sandringham, Norfolk, on the 5th July 2015.
Picture by Matt Dunham/WPA-Pool

Crowds, which The Duke and Duchess had welcomed outside the church, gleefully cheered as members of the Royal Family arrived. The Queen, Duke of Edinburgh, Prince of Wales and Duchess of Cornwall were the Royal guests, and Michael and Carole Middleton, and their children, Charlotte’s aunt and uncle, Pippa and James, also attended.

Prince Harry is currently working in Namibia on his ‘dream job‘ in conservation, and so could not be in Norfolk.

Charlotte wore the replica lace gown made by Angela Kelly, The Queen’s dressmaker. It is based upon the gown Queen Victoria had made in 1841 for her first born, Princess Victoria, and was also worn by Prince George in 2013. 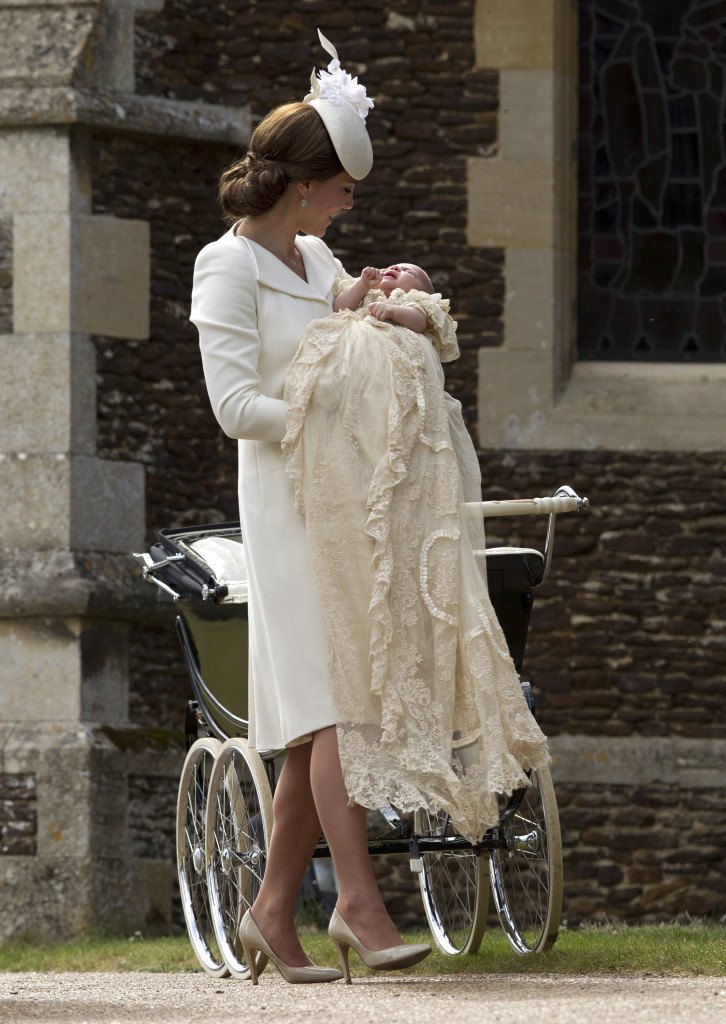 The Christening of Princess Charlotte at The Church of St Mary Magdalene, Sandringham, Norfolk, UK on the 5th July 2015.
Picture by Matt Dunham/WPA-Pool

Prince George today wore a strikingly similar outfit to that of his father in 1984, when he visited newborn brother, Prince Harry. The outfit has been identified as Rachel Riley however. 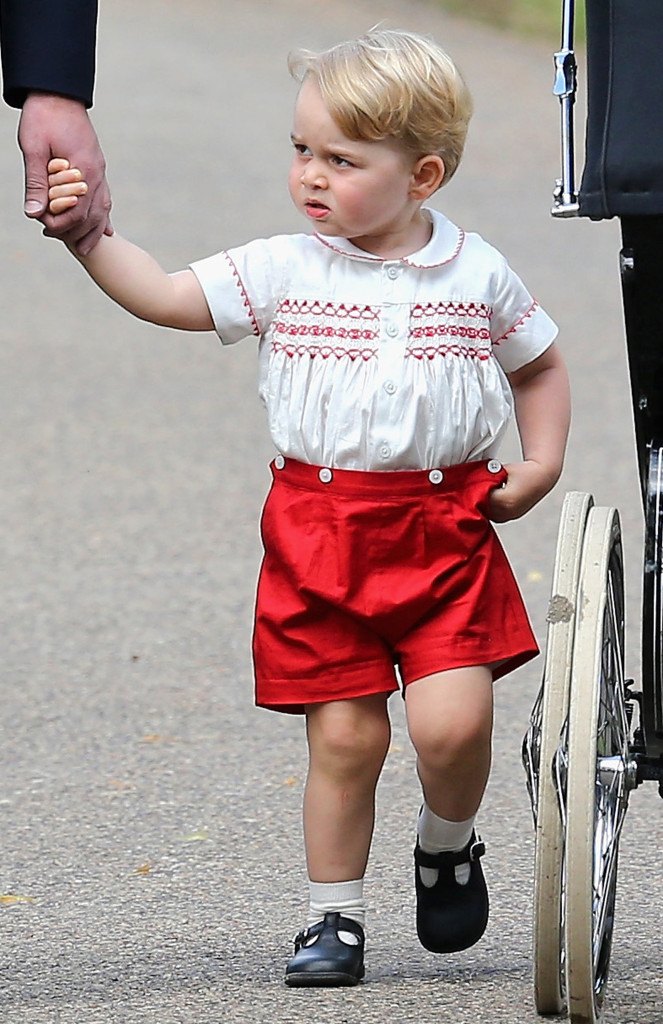 The Christening of Princess Charlotte at The Church of St Mary Magdalene.
Picture by Chris Jackson/WPA-Pool

Hymns for the 30 minute service included ‘Praise to the Lord’, ‘Come Down, O Love Divine’.

Queen Victoria had the font commissioned, also for her first born, as the one used traditionally had christened Charles II’s illegitimate children: Victoria wanted to disassociate from this and so had another created.

St Magdalene’s is where Lady Diana Spencer was christened in 1961, and Princess Charlotte also bears her late grandmother’s name; Princess Eugenie was also welcomed into the church here.

Following the baptism, guests were invited back to Sandringham House for tea by Her Majesty, who wore pale pink for the occasion, as well as her Singapore filigree brooch. There, they were served a slice of the christening cake, which is a tier of William and Catherine’s wedding cake, made by Fiona Cairns.

The cake featured nine tiers in Ivory icing, with floral decorations to represent the UK: roses, daffodils, shamrocks and thistles. This reflected the Duchess’ wedding dress, also bearing the same emblems in the lace.

Here, the official christening photos were taken by acclaimed photographer, Mario Testino. The Crown Chronicles will update you when they are released!

Beautiful!!! The christening gown was beautiful. Blessings to the Princess!!

Duke of Cambridge announces bursary for emerging creatives at BAFTA